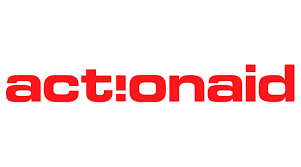 Fighting against poverty and injustice to improve the lives of families, communities and society in general, ActionAid helps 50 million people in 45 countries in Africa, Asia and Latin America. Therefore, it was crucial for the organisation’s mobile phones to meet the requirements of staff that work in the many countries in which the people they help are based.

Unfortunately, ActionAid suffered various contract problems with their previous telephony provider in terms of non-existent customer service and no updates on technology, network changes, tariffs and price plans, in addition to zero account management support or guidance when technology wasn’t working as it should. The company also informed ActionAid that over the three years of their contract, they had not hit the revenue spend they should have. This was a fact that ActionAid felt they were made aware of far too late.

The previous company simply weren’t offering ActionAid value for money, thereby prompting Roger De Peza, Team Administrator IT & Finance at ActionAid to give Intercity a chance to bid for their mobile phone business.

Firstly, with the assistance of Intercity’s Head of Professional Services Sales, James Allen, ActionAid were able to terminate their previous contract; saving them a staggering £32,000 in total. To take a new supplier on board, a three panel group from ActionAid subsequently rigorously assessed Intercity’s mobile offering and eventually awarded Intercity the contract due to their proposed pricing, contract flexibility, suggested networks, tariffs and handset costs.

With the new Intercity contract in place, ActionAid were made aware upfront of the revenue spend they needed to achieve. Utilising the help of James and their own legal advisors, the organisation fully familiarised themselves with all aspects of the contract before signing with Intercity in July 2013.

At all times, the focus of the contract is to ensure that ActionAid obtain the best tariffs and handsets available on a worldwide basis.

The result has provided ActionAid with an impressive saving on their mobile phone bills. Intercity have also advised ActionAid on new mobile devices that can effectively manage their data compression needs. Staff use Blackberry devices and bespoke tariffs ensure cost-effective global data usage. The company moved networks outside of the UK but discovered that downtime was minimal during the process. An option to move to a new platform is also being explored.

“As a charity, every penny counts for ActionAid. Therefore, we provided a solution to update the ActionAid Blackberry Enterprise Server at no cost.”

Roger De Peza, Team Administrator IT & Finance at ActionAid, explains some further benefits of working with Intercity, “If we need to change any hardware, I simply phone or email the team at Intercity and phones can be sent across the world in only 24 hours. Also, Intercity’s excellent web billing portal enables me to closely monitor real time costs on a daily basis, set alerts so that individual users know how much they’re spending and I can also ‘lock down’ any lost or stolen phones anytime and anywhere.”

Intercity’s web billing portal generates monthly reports on call and data usage. With the active support of Intercity, these reports have been used as a means of educating ActionAid staff on the best ways to use their phones, the costs involved and alternatives to mobile phone use.

To build upon this success, ActionAid will also gain from Intercity’s new and improved web billing platform, due to be launched next year, which will deliver improved functionality and a range of new features.

Having proven that Intercity can deliver value for money, the strong relationship between ActionAid and Intercity places the telecommunications company in a solid position if contracts for landlines, WANs or cloud services for ActionAid were to arise in the future.

Commenting on his relationship with James, Roger explains, “I have learned so much from James. He really stood by us during our contract dispute with our previous supplier. In contrast to that particular company, he has never taken us for granted. He has clearly explained our new contract and has introduced us to new technology, whilst helping us with our policies and taking the time to fully understand our needs. As a consequence, James has delivered beyond all expectations and ensured a smooth transition to Intercity.”

“The overall experience of working with Intercity has been very positive, saving us a considerable amount of money which we can now plough back into other valuable and deserving aspects of our charity.”

Who are Cheetham Jackson?

Cheetham Jackson are an independent financial planning business with 9..

Who are the University of Law?

The University of Law (UOL) are the largest provider of legal.. 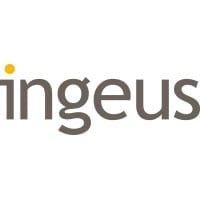