Dark Clouds Ahead: 5 Reasons You Can’t Ignore Cloud Security in 2021 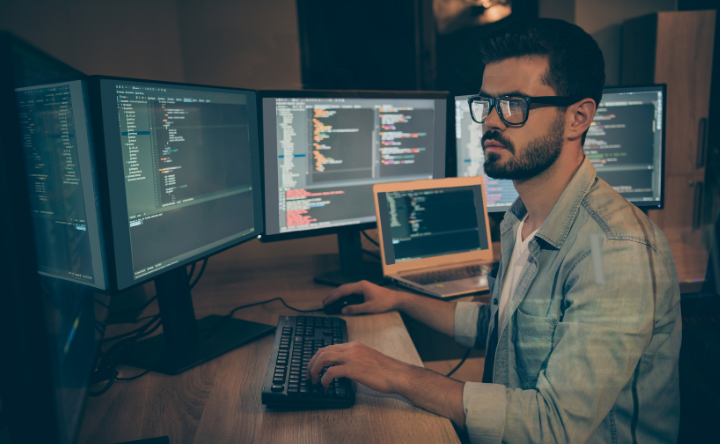 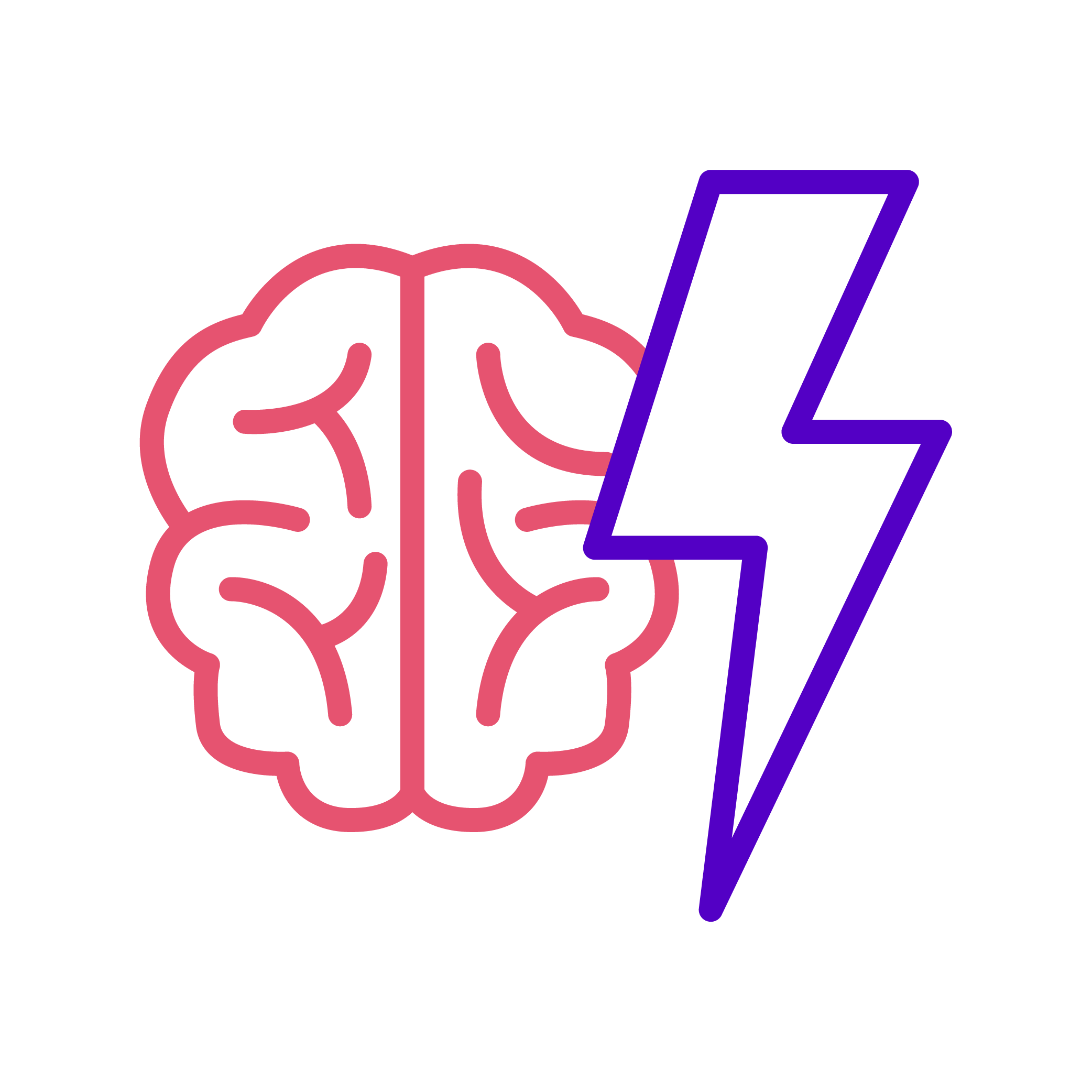 At the beginning of the COVID-19 pandemic, when prolonged periods of remote working became a reality, employers had concerns. Could they maintain normal business operations? How would remote teams collaborate? Would productivity suffer?

Many of these fears were put to bed as workers adapted quickly to the new normal – thanks, in no small part, to cloud technology. But other challenges have emerged, chief among which is security.

Location-agnostic, cloud-based workplaces are the rule, rather than the exception. And, as IT teams struggle to maintain business-critical systems and workflows in this new environment, cloud security has never been more important.

A typical enterprise employee will use 3-5 endpoints (devices) to access corporate systems within the next few years. An inevitable consequence of the “work from anywhere” revolution driven by the pandemic, it’s something of a nightmare for cloud security. Every endpoint represents a potential access point – a vulnerability hackers can exploit to breach your systems.

In the past, organisations would manage these endpoints separately. There’d be one security protocol for mobile devices, another for desktops, and so on. But an increasing number of businesses now rely on Unified Endpoint Management (UEM) solutions instead.

UEM allows you to monitor all the devices in your cloud infrastructure simultaneously under a common security protocol. This enables you to identify and mitigate endpoint security breaches much faster, minimising the amount of damage hackers can cause.

On average, data breaches cost organisations $3.86 million to set right. You can shave roughly $1 million off that total if you address a breach within 30 days, but for many, such response times are unattainable. For example, the energy industry (the fastest at responding to breaches) still takes an average of 150 days to do so.

A lack of uniformity is one of the key reasons for slow response times. Many organisations use several security tools to maintain their cloud infrastructure. Not only is this approach inefficient, it reduces visibility. And this feeds into an even bigger issue: a lack of cloud-native security platforms (CNSP).

CNSPs allow organisations to manage security across public, private, and hybrid cloud environments from a single platform. They can also integrate with individual security solutions to provide a diverse range of capabilities including threat detection, response, governance, and compliance.

3. Exploitation of Infrastructure as Code

The cloud has opened up new possibilities when it comes to managing and maintaining IT infrastructure. Gone are the days when system administrators had to manually configure their servers to get applications up and running.

Many developers choose to build applications in flexible Infrastructure as Code (IaC) environments instead. This allows them to provision and manage data centres through machine-readable definition files, rather than physical hardware. They can also automate more of their build processes, increasing flexibility and saving time, while reducing costs.

Despite the benefits, IaC isn’t infallible. Hackers can take advantage of unpatched vulnerabilities in IaC tools to bypass login procedures and insert malicious code into the server. Similarly, they can exploit misconfigurations in your IaC templates to leak sensitive data.

IaC provides developers with a systematic way to enforce adherence to strict cloud security standards, using a combination of manual scanning and automation to identify and mitigate potential vulnerabilities. But recent research suggests few are taking advantage of these capabilities and hackers are quick to capitalise on missteps.

A greater emphasis on IaC security training and best practice is needed to reverse this trend. To that end, an increasing number of organisations are relying on managed providers to compensate for cloud skills gaps.

Data breaches are alarmingly common in today’s world. But, while misconfigurations and basic human error are two of the biggest contributors, the problem is compounded by a continued reliance on manual security processes. As many as 73.5% of organisations still use manual processes to secure their hybrid cloud environments.

Analysts predict that to change as cloud security automation gathers pace. Over the next few years, automation will prove its worth in a wide range of use cases, from user identification and access management to data classification and malware detection. In the interim, system administrators must give cloud security the attention it deserves to ensure that data and business-critical systems are well protected.

95% of IT leaders view open-source software as important to their enterprise infrastructure, while 75% consider it very important. But open-source components are a prime target for hackers, and this poses a significant problem for businesses that are founded and run on open-source SaaS applications.

Organisations are diligent in removing vulnerable packages that have entered their software inadvertently. But the consensus among industry experts is that not enough is being done to protect against targeted attacks – those in which malicious code is intentionally inserted into a package.

One way to mitigate this threat to your cloud security is to avoid emerging open-source software and use well-known, mature components instead. At least until developers create more effective strategies to weed out this malicious code.

The cloud continues to gain popularity among organisations who see it as a flexible, more cost-effective way to maintain their IT infrastructure in today’s mobile workplace. But challenges remain around cloud security and compliance.

Intercity Touch Secure Remote Working is a robust and scalable solution to this problem. A cloud-based firewall, it secures your entire business infrastructure against malicious activity – from your corporate network to the fleet of devices that support your remote workers.

For more information about Touch Secure, contact us today. 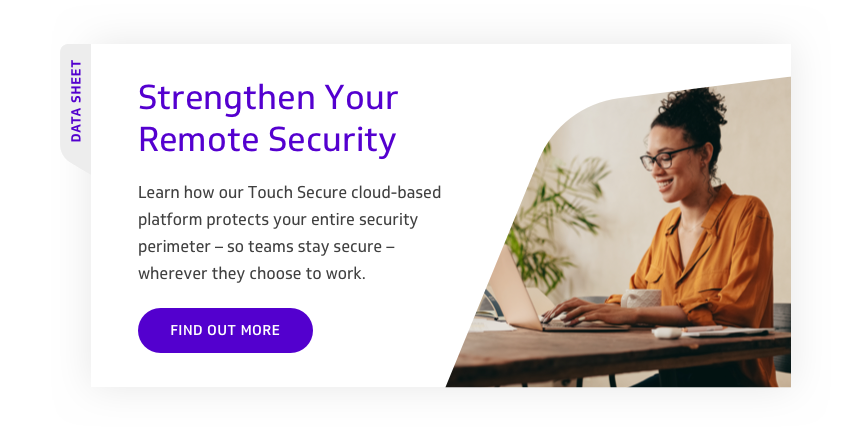